Day 3 was a larger job but with too many things going on, we left one team to rip up the floor and dig out the mud. We moved onto an old ladies house,here the chest of drawers were still full of sludgy and wet clothes, mold was growing on the backs of pieces of furniture. She wanted the floor taken out, the mud removed, the floor relayed and then all the wet stuff put back where it was. The team left the job that night talking about her needing some kind of counselling. Luckily we returned the next morning to find the husband had been galvanized by our presence and put his foot down; all the wet stuff had to go and the team was more than happy to oblige, we had gained her trust as we cleaned the immaculate porch steps. Last jobs were a vegetable patch and mud at the back of a house that unfortunately we couldn't finish.

So why is it important to to get rid of the sludge? Well for one thing it smells and this is starting to have a psychological effect on residents. One lady we met who lives with her mother had bought her own crowbar and was in the process of ripping up the tatami floor when we arrived (This is unheard of in Japan where D.I.Y is a relatively new concept that has only been embraced by working class men, most handyman jobs about the house are left to paid specialists) Also the sludge isn't drying out properly in the under floor spaces and at almost two months after the tsunami it doesn't have much prospect of doing so before the rainy season in June when the temperature and humidity will shoot up and remains so until September. Once this happens the small patches of mold that we were already seeing will quickly become a runaway health issue that if left unchecked will also eventually affect the integrity of the building. 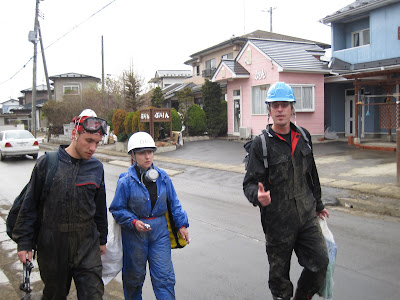 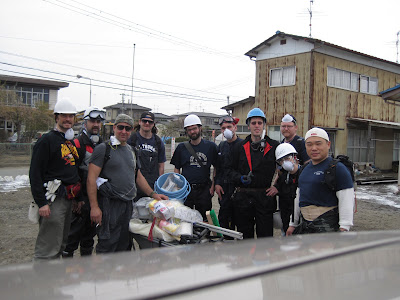 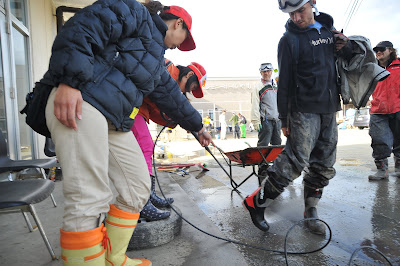 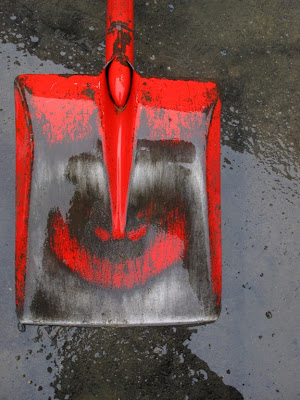 The meteorological conditions we experienced over the four days were appropiately extreme and odd. Day one, cloud changing to rain. Day two, a spate of medium sized earthquakes offshore that we didn't feel. Day three, gale force winds that kept us awake most of the small hours, and then pelted us with dust all day long. Day four rainbow and sunburn. There were some sore muscles, blisters, headaches and one hammer injury, we also had one guy feeling sick, so I made everyone wear masks with the mud as I had seen some mold. Steel boots or insoles a must, lots of nails!

Most nights were spent driving back to the area where  we were staying and yes I did see the devastation, it will haunt me forever but it was a good reality check and a remainder as to why we were doing what we were doing and that what I felt was irrelevant, they had lived it, there is no comparison. You could feel their loss but they didn't want to talk about it so we didn't ask, just smiled, worked and kept it real.

At the camp ground we exchanged stories, had a fire going on the last 2 nights, a well deserved beer and some laughs, until we could try and get some sleep on the hardest tatami I have ever slept on. We worked for 4 days. It was long enough to get the to know the area well and be effective and productive. It was short enough that we maintained momentum and didn't start to get on each other's nerves too much.

Over the 4 days there had been many tearful moments on the part of the householders but on the last day as we were leaving the main co-ordinator spoke to Toshi, one of our Japanese volunteers. With tears in his eyes he told how the owners of the houses we had cleaned had praised our kindness and how we had worked hard with smiles and a positive energy which they now felt too.

In general terms there are of course cultural differences in the national character, expectation and abilities of Japanese people and Westerners. The Japanese world is very structured with many preconceived ideas of how things should be, often leading to prioritizing form over substance, where as Westerners tend to focus on substance over form and are comfortable ad libbing. I have to say that in the post-disaster Japan where there is little or no convention about what or how things have to be done, with the right communication and assessment of needs, the Western way of focusing on the net result and making it up as we go along came into it's own in a way that I had  not even dared dream of. There is now a small neighbourhood in a small town in northern east Japan where we have won the hearts and under floor spaces of the local residents.

On the 16 hour drive back to our captain's tour, we drove through the mountains and stopped at the lake, it's famous, the edge of the walkways had sunk 1m into the ground due to the earthquake but the cherry blossom were still out and people were enjoying the holiday. It was beautiful. I would love to go back north it still has beautiful places to visit, please continue to be a friend to Japan and visit sometime, you are most welcome. 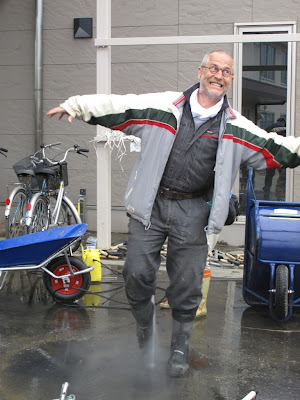 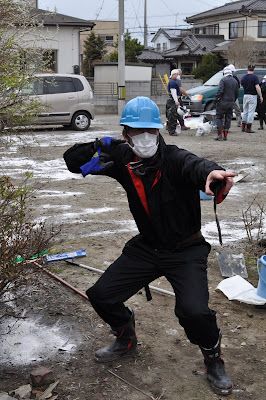 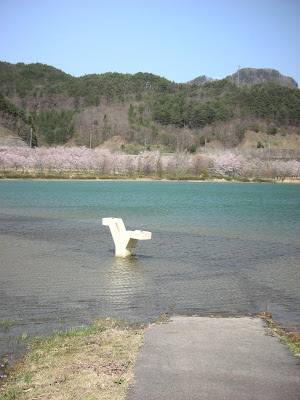 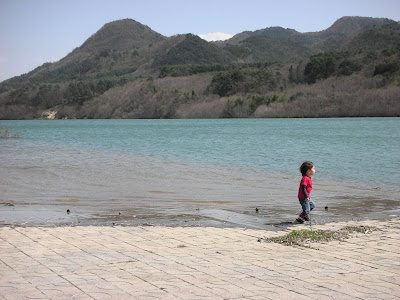 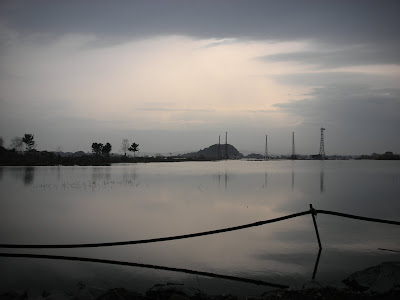 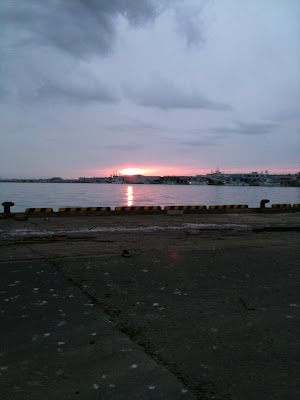 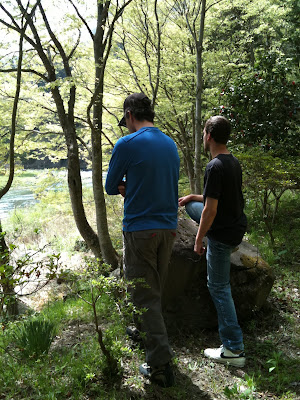 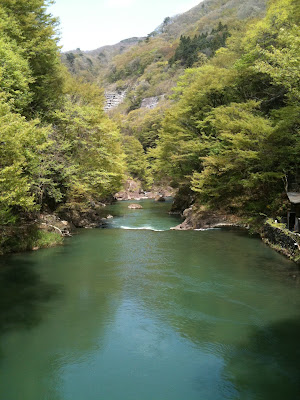